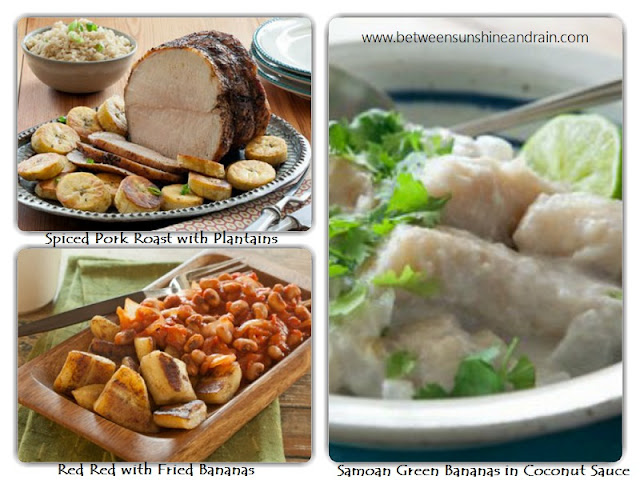 Last year for the Blogging from A to Z April Challenge I blogged about different recipes. One of those recipes featured bananas. So I am not a stranger to using bananas as a savory item in a meal. Yes Margaret, bananas are not just for dessert.

Savory Bananas are a Foreign Concept in the US


Here in the United States we mainly use bananas as a sweet component in recipes. Who can deny the deliciousness of banana nut bread, banana pudding, banana split sundae, or even adding sliced banana to cereal? In other regions, particularly tropical ones, bananas are an important food source. As such, this fruit is a main component in savory dishes such as Samoan Green Bananas in Coconut Sauce and Spiced Pork Roast with Plantains. Even my vegetarian meal featuring fried bananas was on the savory side as I charred them a bit to bring out extra flavor. One savory banana dish caught my attention recently. It is a vegetarian dish from Ghana, Red Red with Bananas. 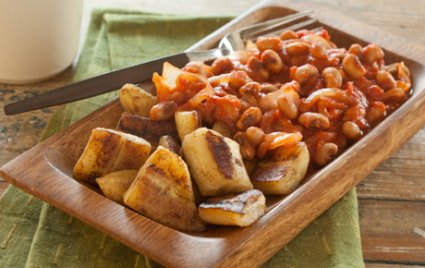 
Foodie Fridays in May


Every Friday in May, I will feature a new banana recipe. There may even be two of them. Not all will be savory. There will be a mix of savory and sweet for you. Bon appétit and all of that good eating stuff!