TV from A to Z: Martin Season One, 'Forever Sheneneh' 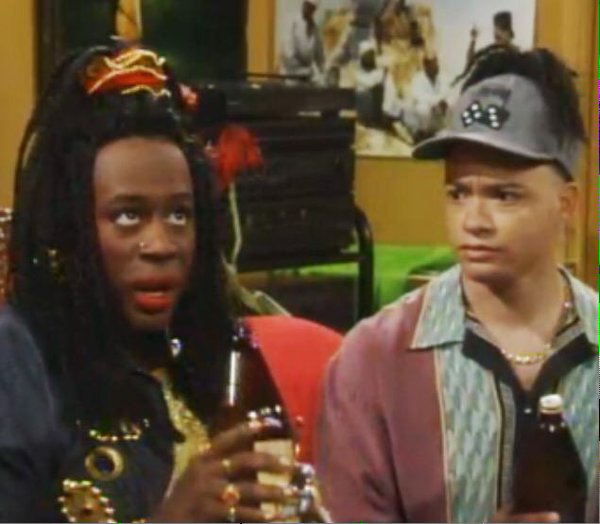 The 1990s had some very great TV shows. I was able to turn on the TV and see characters that looked like me and my family on network television. I am not talking about BET, which is a cable channel, but networks like ABC and FOX gave me weekly entertainment. One of these TV shows I watched during the 90s was Fox's Martin starring comedian Martin Lawrence and Tisha Campbell-Martin.

Martin Lawrence created a lot of memorable characters for his show. One of his most beloved characters is Sheneneh. Sheneneh was the stereotypical ghetto chick (yeah, I went there). Sheneneh was loud, wore clothing that was a bit too small for her frame, smacked her lips, could go from zero to 100 quickly, and thought she was bae (before all else).

In episode six of the first season, Sheneneh won a date with Kid (Christopher Reid) from the rap group Kid-N-Play. Of course, Sheneneh saw this as her chance to romance Kid as a true lady would. In her lady fashion, Sheneneh had 40-ounce malt liquor ready, a neon sign that said "Forever Sheneneh", and her most lady-like attire (denim skirt and jacket, tight shirt, lots of metal, and boots). You will bust a stitch laughing at Sheneneh's advances on Kid, who managed to escape.

This episode was also a nostalgic moment for viewers. Kid, Martin, and Tisha starred in the first "House Party" movie together. This was a reunion of sorts for fans of that film.

I can't find where Martin is streaming for free if it ever starts streaming check out the "Forever Sheneneh" episode. You can purchase the episode on iTunes and Amazon Video.

Watch as Christopher Reid reminisces on the popular episode with Hello Beautiful TV:

Posted by ShawnTe Pierce at 9:30 AM