TV from A to Z: HOL Pilot, 'Gods of Dangerous Financial Instruments' 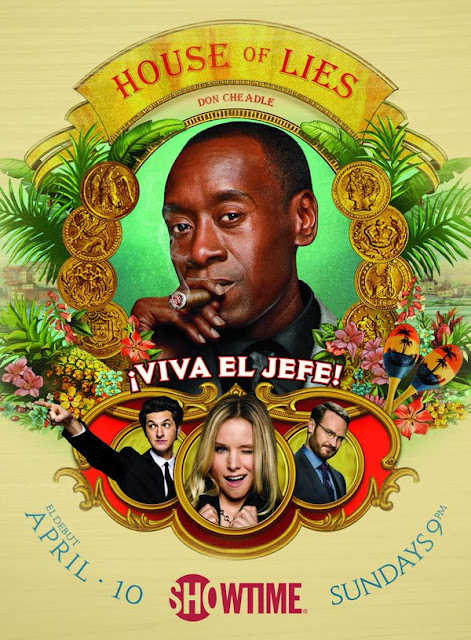 I do have to agree that there is a lack of diversity in leading roles on television. There are strong minority lead characters in TV series. Unfortunately, some of the strongest were and currently are on premium cable channels. With cord cutters increasing in size, it is less likely these shows will be seen. I encourage you to take a chance on one show, House of Lies, starting with its pilot episode, "God of Dangerous Financial Instruments."

House of Lies is based off the book, House of Lies: How Management Consultants Steal Your Watch and Then Tell You the Time, by Martin Kihn. The lead is Don Cheadle as Marty Kaan who is described as "a highly successful, cut-throat consultant who is never above using any means (or anyone) necessary to get his clients the information they want."

The pilot episode of House of Lies introduces you into Marty's world of lies, illusion, and manipulation and debauchery. The chemistry between Don Cheadle and Kristen Bell is there from this first episode. Keeping you guessing how long it will be before they realize it themselves.

If you have Showtime, Showtime Anytime, or have added Showtime to your Hulu or Amazon Prime subscriptions you can watch "God of Dangerous Financial Instruments" and binge all four seasons of House of Lies before season five begins this Sunday.

A bit of a warning, this is for grown folks. So use your best judgment before allowing minors to watch this series.

Posted by ShawnTe Pierce at 3:06 PM