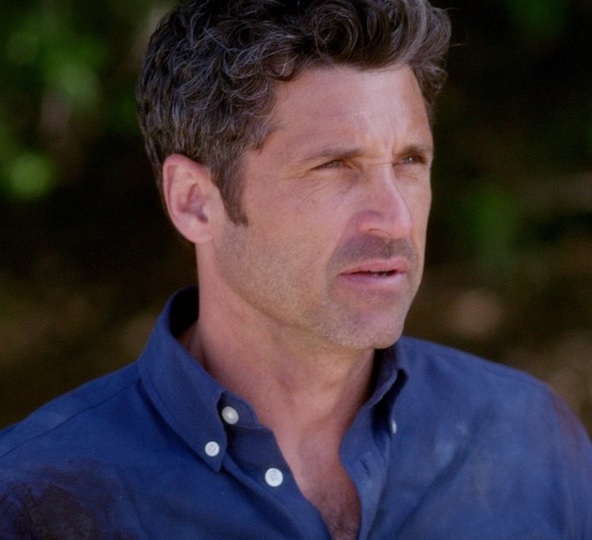 I have to admit; it took me a few years to get into Grey's Anatomy. Once I did, it quickly became one of my favorite television shows. Season 11 of Grey's saw the end of one of the shows beloved characters, Derek Shepherd, aka McDreamy, played by Patrick Dempsey.

Derek is one half of the show's supercouple, being married to Meredith Grey played by Ellen Pompeo. Through 11 seasons of the series you see the love story of Derek and Meredith from its shaky start through to its tragic ending.

First Half of “How to Save a Life”


Derek encounters a bad, two-vehicle accident. He patches everyone up roadside. After the emergency vehicles leave the scene is cleared, Derek attempts to turn his car around. Before he could complete the turn a truck rams into his car.

Second Half of “How to Save a Life”


We see the emergency vehicles pull up to two different hospitals. One at Grey-Sloan the other to a hospital with a staff that is not equipped to properly handle trauma. All four victims of the accident and Derek are at the second hospital.

Derek knows what the doctors need to do to save his life but he is not able to speak. You hear his thoughts as he pinpoints the errors being made. The doctors argue over the right course of action with a resident actually making the right call but an attending overruling her. You hear Derek's thoughts state exactly what will happen to him.

"I'm going to die because these people are not properly trained."

Even with some bad calls Derek still had a slim chance. Unfortunately, the neurosurgeon on-call was supposed to respond in 20 minutes but took well over an hour to make it to the hospital. By this time, it was too late for Derek Shepherd. He is now brain dead.


The police tell Meredith what happened to Derek. Once at the hospital, Meredith has to sign papers that will determine if he should be taken off of life-support or moved to a long-term care facility.

The resident who worked on Derek comes over to Meredith crying, and apologizes for not saving Derek. Meredith gives the young doctor a speech essentially telling the young doctor that she knows the woman is not properly trained. Meredith tells the doctor she can’t quit and to do better.

The episode ends with Meredith by Derek's bedside as the machines are turned off. Flashbacks of their relationship play across the screen. Meredith tells Derek it's ok. In this scene, a familiar song to the show plays, "Chasing Cars" by Snow Patrol.

If you saw the episode, what are your thoughts?
If you have not, you can watch Grey's Anatomy with your Netflix subscription or order it on iTunes and Amazon Instant Video.

Posted by ShawnTe Pierce at 2:30 PM