TV from A to Z: Game of Thrones Season 4, ‘Two Swords’ 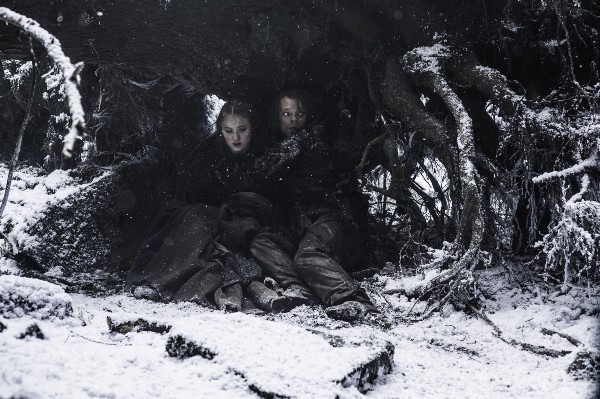 Even you do not watch HBO's Game of Thrones you've probably heard or seen mention of it. Especially this past week since season six premiers Sunday, April 24th. A lot of people have probably been binge-watching the last five seasons of Game of Thrones in anticipation of the season six premier. It is because of this I felt it was fitting to include the show in the Blogging from A to Z April Challenge this time around.


According to the Game of Thrones Wiki page for this episode, "The title is a reference to the two swords Ice and Needle of the Stark family."

There are different storylines within each episode of Game of Thrones. Each storyline centers around a different location. I am going to take a cue from the GOT Wiki and divide this brief synopsis of pivotal plots by location.


Lord Tywin Lannister has the ancestral sword of the House of Stark, Ice, melted down. It is made into two swords. One is given to his son Jaime.

Prince Oberyn of Dorne and his half-sister/lover Ellaria Sand arrive to attend the wedding of King Joffrey and Margaery Tyrell. Oberyn hates the Lannisters and hold Tywin, in particular responsible for the murders of his niece Rhaenys, nephew Aego, and the rape-murder of his sister Elia.


The Free Folk are approached by Styr and the Thenn. This storyline shows how formidable the Thenn as it is revealed they are cannibals or at least are cannibalistic if necessary. They refer to human flesh as crow meat.


Jon Snow has to testify before a panel of five sworn brothers about his time in the captivity of the wildings, Free Folk, and the death of Mance Rayder. Jon warns that an army of wildings intend to attack the Night's Watch. Jon gets to keep his head after the hearing.


Arya Stark and the Hound are traveling through the area. They happen upon a tavern and notice Polliver, the one who took Arya's sword, Needle and killed her friend. Polliver still has Needle and Arya intends to get it back. Things escalate at the tavern with Arya getting Needle back and killing Polliver in the same manner he killed her friend.

Across the Narrow Sea


Daenerys comes to realize she is losing her influence over her dragons, especially Drogon who snapped at her. Dany is her way to Meereen, a big slave city. Dotting the path towards the city are crucified slaves. Each mile there is crucified slave for 163miles. 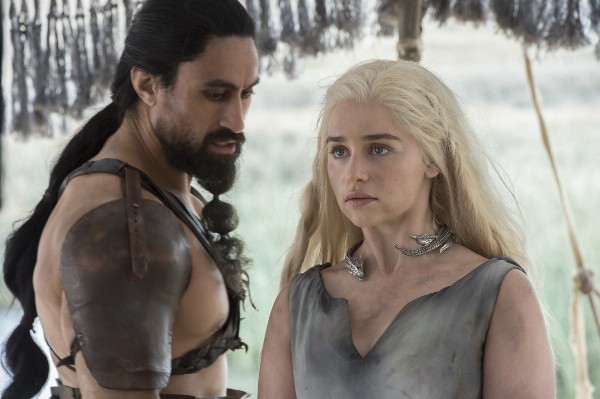 Of course you can see Game of Thrones on HBO. If you have a mobile device or a something like a Roku, you can sign up for a 30-day trial of HBONow to catch up on Game of Thrones and see the season six premiere.