TV from A to Z: Chosen Season 2 'Protect Your Own' 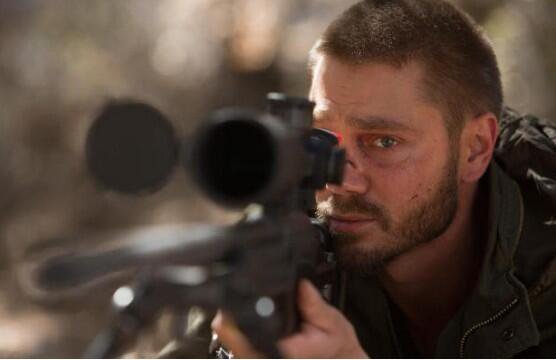 Chosen (CH:OS:EN), is an action, crime thriller series on streaming network Crackle. The plot of the series is pretty basis, even if insane. A secret society called The Watchers, initiates "games" for ordinary citizens to play for The Watcher's amusement (it seems). In the game a box is sent to someone with a gun and a picture of another person(s), the target(s). The recipient of the box is given a deadline of 72 hours to execute the person(s) in the picture. Failure to do so, will result in dire consequences for the recipient and those he or she loves.


Season two continues with a new recipient, Jacob Orr (Chad Michael Murray) who has a sick younger brother, King Orr (Joey Luthman). Jacob is on his second box and refuses to kill this time. This time the target is a family. In fact, it is the family of Ian Mitchell (Milo Ventimiglia) who was the recipient of the box in season one.

Jacob throws the box away. A little while later, Jacob goes to a bar with his little brother in tow. He goes to the restroom and is attacked. Jacob fends the attacker off and rushes out of the restroom. He then discovers that his brother is missing. Jacob realizes the attack was a ruse to kidnap King.

If Jacob does not kill the Mitchell family, Ian, his wife Laura (Nicky Whelan), and young daughter Ellie (Caitlin Carmichael). Jacob makes another hurtful discover, his friend Max (Brandon Routh) is the one who put him in the game, thus causing King to be kidnapped.

Jacob locates the Mitchell family who found a place to live off the grid. Jacob succeeds in killing Ian and Laura. However, he can't bring himself to kill Ellie and yells at her to run. Unfortunately, this results in his brother’s murder by The Watchers.


Where You Can Watch "Protect Your Own"


It may seem like I gave you the entire episode but there is so much packed into each episode of the series, that there is much more to be discovered. You can watch seasons one, two, and three of Chosen on Crackle. Crackle is a free service so no need to worry about needing to pay for a subscription. If you have a Roku, Amazon Fire TV, Chromecast, or Apple TV, I highly recommend watching it via one of these devices or the Crackle mobile app.

Posted by ShawnTe Pierce at 3:17 PM