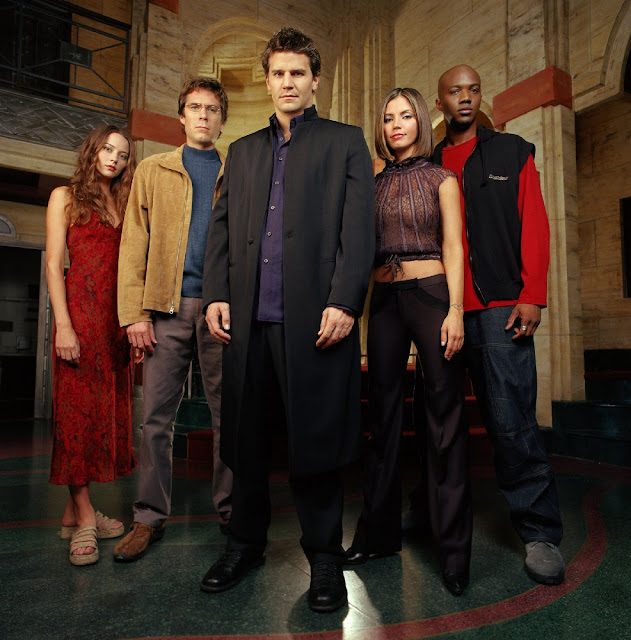 "You're Welcome" was the 100th episode of the Buffy the Vampire Slayer spinoff, Angel. Season five was the final season of the series. It was the season where a few outstanding issues received some closure.


In "You're Welcome", we find Angel wanting to resign as CEO of Wolfram & Hart because he found himself making compromises and even protecting evil, instead of fighting it. Cordelia wakes up from her mystical coma after receiving a vision. In her vision she sees symbols and sees that Angel is in danger.

What Cordelia's dream or vision signifies is a battle between Angel and Lindsey. Eventually, Angel and Lindsey do fight. With help from Cordelia, Fred, and Wesley, Lindsey is taken care of.


Angel and Cordelia are alone for the final scene. She tells him that the Powers That Be owed her one and she used it to get her guy (Angel) back on track. Cordelia reveals that she is on a different path. They have one real kiss. The phone rings and Cordelia tells him he needs to answer it. Then she says, "Oh, and you're welcome." The person on the phone informs Angel that Cordelia has passed away. Angel is left alone in the room and realizes that Cordelia really never woke up from her coma.

Where to Watch Angel


I did not give a play-by-play of the episode. I want you guys to watch it. You can watch it with your Hulu or Netflix subscription. "You're Welcome" can also be purchased on iTunes, Google Play, and Amazon Video.