TV from A to Z: AHS Freak Show, "Curtain Call" 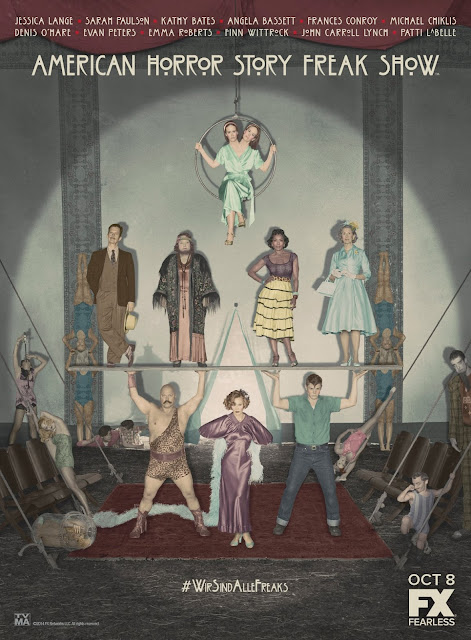 This finale, was a winner for me. It no longer was a mash-up of Pleasantville and a B-Horror film. It had too much going on, sort like AHS Asylum but was lacked a bit of focus. "Curtain Call" saw the end of its most interesting and annoying character, Dandy Mott. Since AHS is a current series I will try not to give away more spoilers. Here is the gist in a list:

Are you an American Horror Story fan? Which season is your favorite?